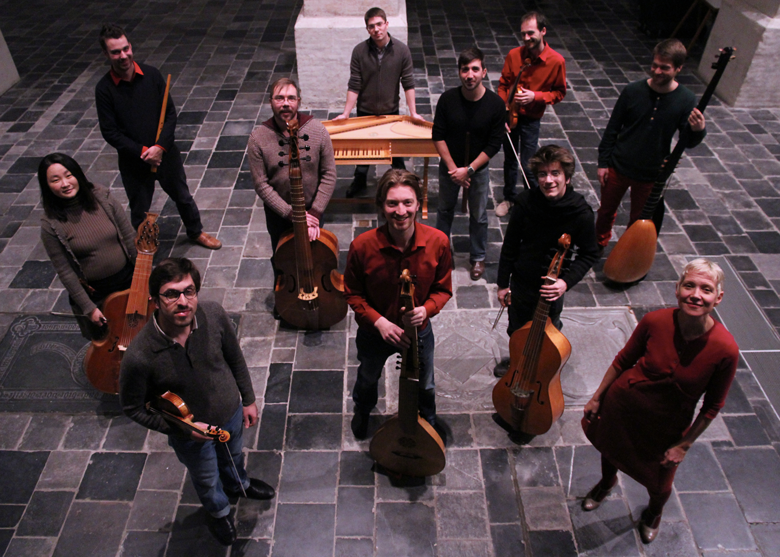 Scherzi Musicali  is considered one of the most notable young ensembles in the world of early music. It was founded and is directed by Nicolas Achten, one of the few modern classical singers to accompany himself, variously, on the lute, the harp, and the harpsichord, reviving this old practice. Adapting its size and instrumentarium to the needs of the performance situation, Scherzi Musicali brings together young singers and instrumentalists willing to rethink the approach to early music and seeking to serve it with a genuine concern for musicological relevance. While aiming to rediscover lost gems of a forgotten musical heritage, Scherzi Musicali nevertheless do not neglect the key works of the repertoire, be they secular, sacred or operatic.

Conscious of its pedagogical role, Scherzi Musicali collaborates with “Jeunesses Musicales” and “Jeugd en Muziek”, to put scholarly understanding of early music at the heart of educational establishments.

Scherzi Musicali is supported by the French Community of Belgium (General Directorate for Culture, Department of Music).